​​National Parks on the Air

The V7ARC activated the Bent's Old For​t National Historic Site for NPOTA (National Parks on the Air) . The 1800s Fur Trading  Fort  is located just east of La Junta, CO on Hwy 194.  Gerry, KD0VNQ and AB5SI were set up and started transmitting around 10:30 on Saturday.  We had about 50 contacts over the two days.   We had planned to have at least two stations set up with a third  standby radio for  visitors or a third band operation.  However, "Murphy" took control and we had antenna issues with our second station in addition to horrific line noise from the overhead high lines along the highway.  On Sunday, Smitty, K0ELS was able to make it down.  He brought his brand new Buddie Pole antenna.  After a short "learning curve" it was up and running very well.  Those who were unable to attend the event missed out on a very good time.  We had lots of fun and met several local and folks and tourists.  One of our visitors, Brendon, KE0JJR just received his call on Saturday evening after his first visit.  On Sunday, he was able to make some contacts. 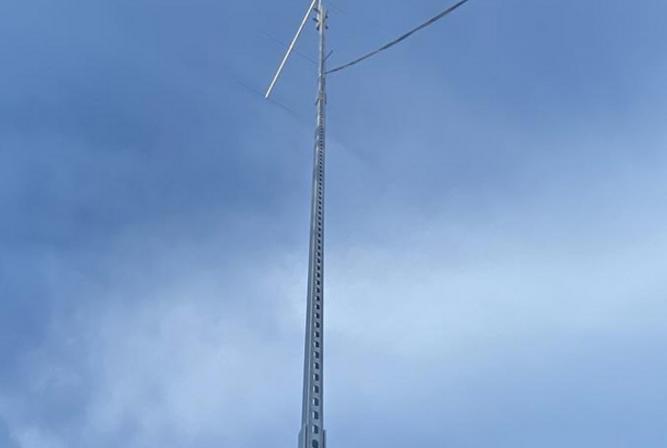